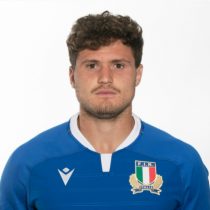 Marcello Violi is a pacy scrum half with an eye for a gap. Currently playing for Zebre, previously playing for Calvisano and Crociati RFC.

In January 2015, Violi was named in the Italian squad for the 2015 Six Nations Championshiop, and impressed enough to be included in the 2015 Rugby World Cup squad.

In 2017, a number of injuries hampered his domestic season. Following a number of 6 Nations appearances and caps he was not selected for the 2019 RWC in Japan but earned a recall for the 2020 Tournament