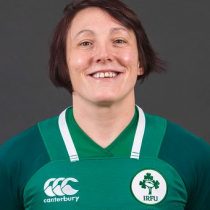 Lindsay won her first cap for Ireland against England at The Stoop in November 2015.

She is multi-talented when it comes to sports and has won an All-Ireland title with Dublin Ladies GAA and co-captained the Irish senior women’s basketball team.

She is a PE teacher as well as basketball coach.

She plays her club rugby with Railway Union and provincially with Leinster.

Peat has 6 caps to her name and has been included in the Ireland squad for the 2017 6 Nations.

Ahead of the 2020 Women's Six Nations, Peat has been named for the Ireland squad. She has had 16 appearances thus far.