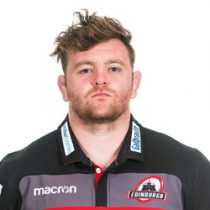 Bryce has only been playing professional rugby since February 2014, but has been involved in a professional set-up since the beginning of the 2013–14 season. He joined the Glasgow Warriors on a short-term basis in February 2013 after Glasgow lost their frontline hookers through injury and international duty.

In December 2013, Bryce joined English club London Irish on loan but did not play any games. In 2014 he signed an extension to his contract which will keep him at Glasgow until at least May 2016.

Kevin won his first cap for Scotland when he took to the field in Toronto in the second-half of the 2014 summer tour victory over Canada and has since earned a further 2 caps for the National side.

Bryce made 9 appearances for Edinburgh over 2 seasons with the club and went out on loan to Yorkshire Carnegie.

He rejoins his former club Glasgow Warriors ahead of the 2018/19 season.