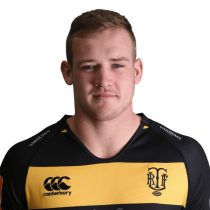 Tipped to be the next double All Black, Kaylum Boshier is accomplished in both rugby and cricket. The former New Plymouth Boys High School student captained the New Zealand Under 19 cricket team in 2018, the same year he debuted for Taranaki in a Ranfurly Shield challenge, picking up a try in the second half. Boshier’s brother, Lachlan, was a member of the New Zealand Under 20s in 2014.

In May 2019, he was named in the NZ U20s squad for the World Rugby Championship.

The strong blindside flanker was named in the Taranaki squad for his debut Mitre 10 Cup season in 2019.