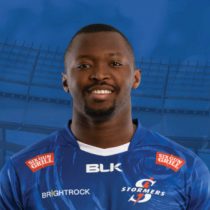 His impressive performances caught the eye of the Cheetahs coaching staff and he eventually signed with the side.

He was named in the Cheetahs 2017 Super Rugby squad and made his debut against the Chiefs.

He committed for a further 2 seasons with the club in March 2018.

The athletic Pokomela joined the Stormers on loan at the start of the United Rugby Championship and made the move more permanent by signing a contract earlier in 2022.

May 2022 saw him sign a three-year deal that will see him play for the Stormers until at least 2024.