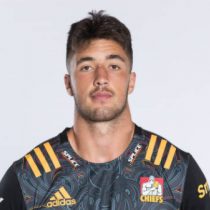 A powerful second rower, Josh Lord made his Mtire 10 Cup debut in 2019 for Taranaki and went on to place three further games in his debut season as an 18-year-old.

A towering lock standing 2.02m tall, Lord built on a solid start to his professional career and was named in the Chiefs' wider squad for 2020.

He was later called in as a replacement during the 2020 Super Rugby Aotearoa season but did not make his debut.