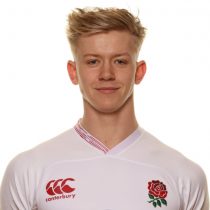 Hodge was promoted to the Falcons' senior academy squad in the summer of 2018. A full-back from South Cumbria who represented Sedbergh School, Hodge played for England Under-18s as well as the Falcons' junior academy prior to his promotion.

Playing for England Under-19s in their away win over Wales during the 2018-19 season, Hodge went on to become the top scorer in the World Rugby U20 Championship in Argentina, kicking 24 goals from 24 and scoring two tries.

In June 2020, the highly-rated back signed for Exeter Chiefs from Premiership rivals Newcastle Falcons.