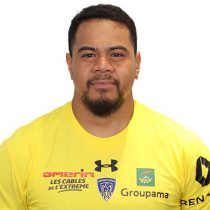 John was born in Auckland, but moved to Victoria to study at Noble Park High School. He started his Super Rugby career in 2006 for the Brumbies, where he earned 12 caps over four seasons with the club.

Unwanted in Canberra for the 2010 season, Ulugia spent a year away from Super Rugby until hard work and determination saw the big hooker earn a place in the HSBC Waratahs wider training squad for 2011. Injury to Tatafu Polota-Nau midway through the season presented Ulugia the chance to make his NSW Super Rugby debut against the Cheetahs in round five.

In December 2013, Ulugia announced he would be joining Clermont in the Top 14. Ulugia joined the Top 14 club from French second division club Bourg-en-Bresse, signing on a two-year deal.