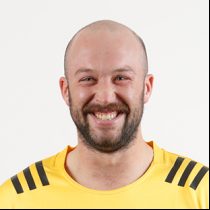 Having debuted for the Wellington Lions during the 2012 ITM Cup, has gone to represent Otago in the ITM Championship and the Highlanders in Super Rugby.

Latta won the Super Rugby championship for the Highlanders in 2015, making five outings in his debut season in the competition.

In April 2017 after 2 years with the Cherry & Whites Latta announced he will join Bristol in the Championship for the 2017/18 campaign.

Latta helped Bristol regain promotion to the Premiership and made three appearances in their first season back.

At the end of the 2018/19 season he was released by Bristol and returned to New Zealand and linked up with Otago for the 2019 Mitre 10 Cup season.