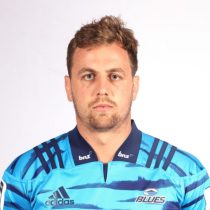 Born and raised in Christchurch, Brown attended and played first XV rugby for Burnside High School in the city's suburbs.

After graduation, he began playing local club rugby for Burnside whilst being a member of the Canterbury Academy and representing the province at Colts level.

A great season in which Canterbury were crowned ITM Cup champions saw him named in the Crusaders wider training group for the 2014 Super Rugby season.

He was promoted to the senior Crusaders squad for the 2016 Super Rugby season, but an injury sustained during the 2015 ITM Cup meant that he had to sit out the season.

In 2016 NPC, he managed six starts, making an appearance off the bench in the final against Tasman as Canterbury captured their eighth Premiership title since 2008.

The Crusaders loose forward has made an encouraging start to his Super Rugby career in 2017, making 5 appearances and scoring two tries for the eventual champions.

He also made an appearance off the bench against the British and Irish Lions. Brown ruptured his Achilles tendon early on during the 2017 Mitre 10 Cup season which will see him only return to action in June 2018.

Injury saw Brown miss the enitre Super Rugby season having also missed out on a contract. He joined the Tasman Mako ahead of the 2018 Mitre 10 Cup.


He was named in the Blues 2019 Super Rugby squad.