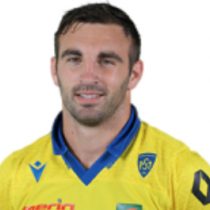 A journeyman of sorts, Jean-Pascal Barraque has spent his career representing multiple TOP14 club while also starring on the sevens scene with France.

A talented player, Barraque can play just about anywhere in the backline but has been used largely at flyhalf in the 15s game.

He kicked off his career at Biarritz with stints at Toulouse, La Rochelle and Bordeaux following. His time at Bordeaux saw him shine in the centres which caught the attention of Clermont who he signed for in 2020.

In November 2020, at the age of 29, Jean-Pascal Barraque earned his first test call up for the French national team.