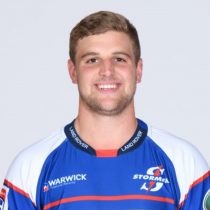 His cousin and fellow teammate Dan du Plessis represented the South Africa Under-20 team in 2015.

Du Plessis was the third-highest scorer in the 2013 Under-19 Provincial Championship Division A competition for the Sharks U19, scoring 116 points in eleven starts.

In April 2014, Du Plessis was named in the South Africa Under-20 squad for the 2014 IRB Junior World Championship.

He returned to Cape Town in 2015, joining Western Province for the 2015 Vodacom Cup competition and was named in the Stormers squad for the 2016 Super Rugby season.

His 2017 season was cut short through injury and was reportedly close to retirement but has made great strides in his rehabilitation and was named in the Stormers 2018 Super Rugby squad where he will look to add to his 14 Super Rugby caps and 150 points in the competition.

By July 2020, du Plessis had represented the Stormers 39 times scoring 236 points before signing a deal to join Japanese Top League side Honda Heat.