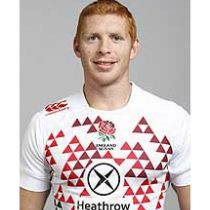 Representative honours came thick and fast for Rodwell on his rise with Hertfordshire Schools 18 Group, London & South East U18, captaining North Midlands U20 and representing Midlands U20 foreshadowing appearances for English Universities in 2005, England Counties (2006) and England Sevens. It was onward and upward for James, whose England Sevens debut was against the United States at Dubai in 2008.

Along the way, John Caves, his university coach and Moseley team manager, was another guiding influence as James became the club’s U21 player of the year in 2004-05, the players’ player in 2006-07 and supporters’ player in 2008-09.

He was selected to represent Great Britain in the 2016 Summer Olympics in Rio.

Rodwell scored two tries for Team GB in the tournament and helped his side take home the silver medal.

In January 2019, he broke the World Rugby Sevens Series appearance record by playing his 90th tournament in Hamilton, overtaking New Zealand’s DJ Forbes who had featured in 89 by the time he had retired.

April 2019 saw him announce his retirement from professional rugby before announcing his inclusion into the England 7s coaching team.