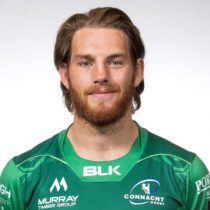 He qualified for a spot in the Blues development programme and played for the Blues Under-18 team. Amoung his achievements is the captaincy of the New Zealand Under-20s at the 2012 Junior World Championship.

Heenan signed with Connacht and made his début on 7 September 2013 when he came off the bench to face Zebre in the Pro12. He was awarded Connacht's player of the month only one month after his club début.

In April 2016, Connacht announced that they would be extending his contract for an additional two years during which Heenan would become eligible for Irish selection.

Heenan won the Contribution to Irish Society award at the 2017 Rugby Players Ireland Awards held in May 2017.

In November 2017, Heenan announced his decision to leave Connacht Rugby at the end of the 2017/18 season, having made over 50 appearances since he arrived in the Sportsground.

In January 2018 it was confirmed that he would be joining English club Bristol for the 2018/19 season.

Heenan made his Gallagher Premiership debut in the victory at Northampton Saints in March 2019.