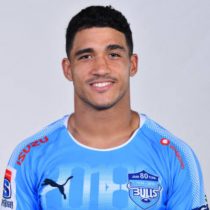 After impressing with the Falcons during his time at high school Jade Stighling went to the University of Pretoria and represented Tuks in the Varsity Cup.

He quickly impressed the Blue Bulls coaching staff and made his first class debut in the 20143 Vodacom Cup.

Stighling broke into the Blue Bulls Currie Cup squad in 2016 and started 13 of the sides 14 games.

He was subsequently named in the Bulls 2017 Super Rugby squad.

Stighling made his Super Rugby debut against the Highlanders and made one more appearance against the Lions and will look to add to his cap tally in 2018.