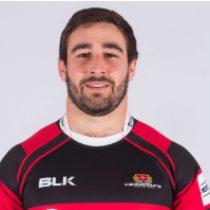 A Queensland Schoolboys representative in 2010, Straker moved to New Zealand and has since turned out for Canterbury & Tasman 2017 and Northland 2018, 2019.

Sydenham Rugby Club front-rower Jack Straker was selected in the Canterbury wider squad for the 2017 Mitre 10 Cup season. He was loaned to Tasman for the opening two weeks of the competition after Tasman had an injury crisis.

He returned to Canterbury and made his debut against Wellington. Straker made the switch to Northland ahead of the 2018 Mitre 10 Cup season.

Straker was called up to the Reds Super Rugby squad in March 2020 as injury cover and made his Super Rugby and Queensland debut against the Bulls.