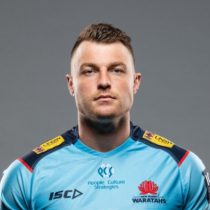 A product of St. Ignatius College at Riverview, Dempsey played a major hand in helping the class of 2011 to a GPS Premiership, playing in the No 6 jersey. He went on to play for Australian Schools and the Australian U2s0 side in 2015.

Dempsey was selected in the Australian Under 20s team that contested the IRB Junior World Cup in New Zealand, impressing many as part of the run-on side. He also accompanied the NSW Waratahs Sevens side that played in World Club Sevens tournaments in Ireland and London in 2014.

He debut for the Waratahs came in 2015 when he was named on the bench for the Round 14 clash against the Sharks. Having impressed the coaches in his games and at training, Dempsey was elevated from the supplementary squad to the core playing squad for 2016.

Shortly after being called up as one of four development players to join the Wallabies in the 2016 Spring Tour of Europe, Dempsey re-signed with the Waratahs for a further two seasons, having joined the side in 2015.

The dynamic backrow utility has represented his country at every junior level, and is the nephew of Classic Wallaby and former Rugby Union Players’ Association CEO, Tony Dempsey.

His rise in national colours continued in 2017, debuting against Italy in Brisbane.

However, injury struck in 2018 which saw him miss the 2018 Super Rugby season due to a persistent hamstring injury. He made his long-awaited return playing for Sydney in the 2018 NRC competition – going on to finish the year with the Wallabies.

Another injury-plagued 2019 didn’t stop Dempsey from earning selection for the 2019 Rugby World Cup in Japan, where put together some huge performances for the Wallabies taking his test cap tally to 14.

By the time the regular 2020 Super Rugby was called off Dempsey had represented the Waratahs 33 times in Super Rugby.