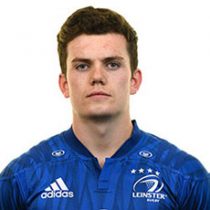 O’Sullivan played for the Meath footballers at U14/U16 levels and chose to play rugby in Belvedere over selection for their minor panel.

O'Sullivan is a versatile player, who can operate at scrum-half and full-back and was included in the Ireland U20 squad for the 2018 Six Nations.

He made 14 appearances for Leinster by the end of the 2018/19 season before he signed his first senior contract with the club.

As of November 2019, he has made 17 appearances for Leinster and has scored 5 points.

He heads into the 2019 Champions Cup with 2 appearances in the tournament.