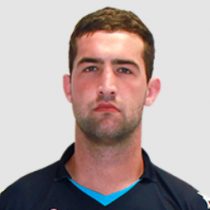 South African-born utility back Henry Immelman attended Grey College in Free State and was selected to represent the Free State Cheetahs at the 2013 Craven Week and was subsequently given an Academy contract the following season.

In 2016 Immelman once again was selected the CUT Ixias Varsity Cup squad and made 6 appearances in the competition. Following the conclusion of the Varsity Cup competition, Immelman was set to represent the Free State XV in the Currie Cup XV qualification but failed to make a single appearance.

Ahead of the 2016/17 season Immelman signed a contract with French club Montpellier.

He made his debut for the senior team in their Round 6 match against Brive, replacing Alexandre Dumoulin for the second half of the match. He helped his side to a 3rd place finish during the regular season.

He is now linked with Montpellier until 2021.