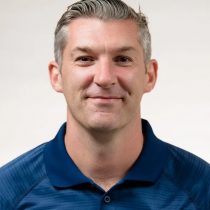 Originally from Leinster, Ireland, Greg McWilliams has spent years in the rugby world. He represented Ireland as a collegiate and holds a Stage 4 coaching certification with the Irish Rugby Football Union. As a highlight to his many coaching and leadership appointments in rugby, McWilliams served as a coach for the Irish Women’s National Team at the 2010 and 2014 Rugby World Cups before transitioning to the U.S.

McWilliams has also spent time as Coach of the USA Men’s Collegiate All-Americans. In 2018 as an Assistant Coach for the U.S. Men’s National Team, he helped the Eagles earn their biggest upset in program history over No. 6 Scotland — a campaign that also saw the team go on a record 8 game win streak.

Greg played both collegiate and club rugby in Ireland. He was the club captain in the All Ireland Men’s League in 1998.

Greg began his coaching career as the Director of Rugby for his alma mater, St. Michael’s College, before quickly transitioning into the Head Coach of the school’s 1st XV. He coached the Leinster Under-19 Men from 2010-2014, the Irish Women’s National Team at the Rugby World Cups in London in 2010 and in France in 2014. In 2013 the team won the 6 Nations Championship for the first time.

McWilliams worked with the Eagles during the 2019 Rugby World Cup in Japan before being named as the new Rugby United New York head coach in 2019.