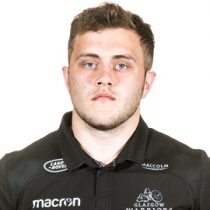 Stewart has represented Scotland at U17, U18 and U19 level and was called up as injury cover to the national side on their summer tour of Canada, USA and Argentina in 2018 but did not debut.

He made his debut for Glasgow away to Leinster during the 2017/18 Champions Cup and has gone on to play twelve times for the club.

He made his first start against Munster at Thomond Park during the 2018/19 season before signing his first senior contract with the club until 2020.

Stewart was named in the Scotland Squad ahead of the 2019 6 Nations and earned his first senior Scotland cap against France in the Rugby World Cup warm up matches at Murrayfield Stadium on 24 August 2019.