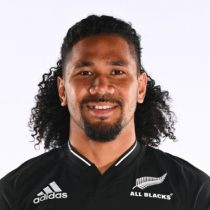 A young scrumhalf that burst onto the scene as a schoolboy with Hastings Boys' High School helping the side to two national finals losing the first but winning the second in an undefeated season in 2017.

An incredibly talented scrumhalf, Fakatava featured for Hawke's Bays in his first year out of school and his efforts in the Mitre 10 Cup earned him a Super Rugby contract with the Highlanders for 2019.

He was named on the bench for the Highlanders round three clashes with the Rebels. Although not a big man, he really enjoys the physical parts of the game and this is evident in the way he approaches defence.

He went on to start for Hawke's Bay as they won the Mitre 10 Cup Championship and was later named as the Player of the Tournament.