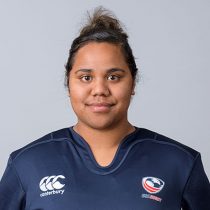 Finau Tamaivena was introduced to rugby at age 17 through family friends. She also played club volleyball for four years where she earned MVP honors before making a full transition to rugby. Her father, Levi Tamaivena played for Fiji's National Sevens team.

Once in rugby, Tamaivena was named a USA Rugby High School All-American in 15s, selected for the USA Under-20s and earned Collegiate All-American honors -- all from 2015 to 2018.

In November of 2018, Tamaivena earned her first cap with the U.S. Women's National Team 15s against New Zealand at The Rugby Weekend in Chicago.