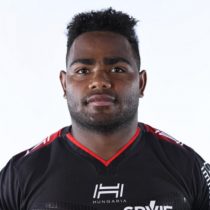 Fijian winger, Filipo Nakosi, was been picked up by French Top 14 franchise Agen in 2015 following the youngsters stand-out performances for Awanui.

Nakosi represented Northland Taniwha in the ITM Cup and was selected for the Auckland Blues development side before the French side contacted him.

Since moving to France, he made his Top 14 debut before Agen were relegated to the Pro D2 the following season.

He performed well during the 2017 Pro D2 season and became a regular in the starting XV.

Nakosi signed a deal to join RC Toulon ahead of the 2018/19 season and added to what was an already exciting backline.

The Fijian took his TOP14 cap tally to 34 by the end of the 2018/19 season featuring on the wing and in the centres for Toulon before he made the switch to Castres ahead of the 2019/20 season.

He also received a call up to the Fiji senior squad in the build-up to the World Cup in Japan.