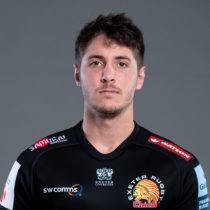 A speed merchant with a deadly side step, Facundo Cordero has followed the footsteps of his older brother Santiago who rose through the youth ranks in Argentina.

He played for Los Ceibos in the augural Súper Liga Americana de Rugby (SLAR) competition featuring on the wing in both games before the season was suspended and also played for Jaguares XV in the second division of the Currie Cup.

Comfortable on the wing and at fullback Facundo signed for Premiership club Exeter Chiefs, a team that his brother also turned out.

He signed a one-year deal with the Premiership club.

In April 2021, he signed a new deal pledging his future with the Chiefs.