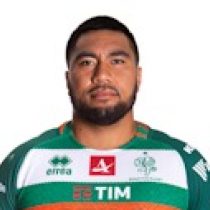 Faiva attended Wesley College and played for Eden Rugby club before trying rugby league. In 2014 and 2016 he was selected for the New Zealand U20 team which won back to back World Championships, after previously being selected for several times for various age group Counties Manukau teams.

Having being in the Waikato Academy and Waikato U20 team, Faiva made his debut for Waikato in 2013 against Horowhenua-Kapiti.

He would go on to start every game for Waikato in their 2016 campaign and was selected in the Blues 2017 Super Rugby squad, before being named in the Provincial Barbarians side to face the British & Irish Lions in their tour opener in Whangarei on June 3.

In May 2017, Faiva was withdrawn for the Provincial Barbarians squad in order to fulfil his Super Rugby commitments.

November 2017 saw him sign for Benetton Treviso, having made 36 appearances for Waikato in the Mitre 10 Cup.