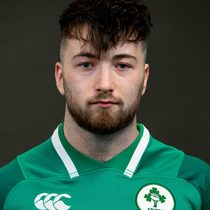 A Galway native Dylan Tierney played most of his youth career as a flanker with St Joseph's Patrician College before Connacht U20s forwards coach Ambrose Conboy saw his potential in the front row.

In 2018, Tierney went on to represent Ireland in the World Rugby U-20 Championships having missed out on selection at u18 level.

In 2019 he was included in the Ireland U20 Six Nations squad.