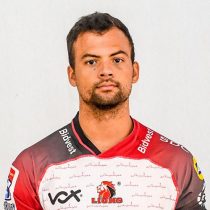 After 3 impressive seasons for Tuks in the Varsity Cup Duncan Matthews earned his call up to the Blue Bulls 2016 Currie Cup squad.

Adept at wing, fullback and centre he made his Currie Cup debut against the Cheetahs in the 2nd Round of the tournament.

He continued to develop throughout his debut season and earned a spot in the Bulls 2017 Super Rugby squad.

He had to wait until May for his Super Rugby debut, where he started on the wing against Super Rugby champions the Hurricanes. 4 minutes into his debut he scored his first Super Rugby try.

Matthews feautured in 3 more matches for the Bulls during the 2017 Super Rugby season and was included in the Blue Bulls Currie Cup squad.