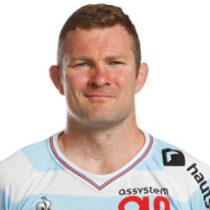 Another product of the gamed St Munchins conveyor belt, Ryan became one of Munster’s most important players in the past few seasons. Despite making his Munster debut in 2004, Ryan had to wait another three years before his Heineken Cup debut; which he made against Scarlets in December 2007.

He was consistently on the bench as Munster made and won that season’s Heineken Cup beating Toulouse in the final. Ryan can play either flanker or lock and he played lock in Munster’s 2011 Magners League Grand Final victory over Leinster, winning his second ever domestic medal in the process.

Ryan's 6 Nations debut came in Ireland's 1st game of the 2010 tournament against Italy at Croke Park. He had not played in the tournament since 2013 until coming off the bench in round 1 against Wales in Dublin.

After the 2011 World Cup, he formed a formidable partnership alongside Paul O’Connell in Munster’s engine room. After making his Ireland debut in 2008, Ryan became a fixture in the side before succumbing to injuries that saw him sidelined for much of the 2014/15 season. In spite of this, however, the Limerick native managed to recover in time to be selected for Ireland's 2015 World Cup squad. He played in three games in RWC 2015, including the quarter-final against Argentina

Ryan won his 42nd Ireland test cap in the recent Autumn International triumph over Canada at the Aviva Stadium. The second row has formed a formidable partnership with Devin Toner, this chemistry was highlighted in the recent win over New Zealand where the duo consistently secured Ireland ball and disrupted New Zealand's on multiple occasions.

Ryan entered the 6 Nations period in a rich vein of form and looked to forge a partnership with Devin Toner in the Irish engine room.

In March 2017, Ryan called time on his 13-year career with Munster to sign with Parisian giants Racing 92 on a two-year deal. The Tipperary man was coming to the end of a central IRFU contract and with the union unwilling to offer him an extension of that deal.

Munster Player of the Year 2012