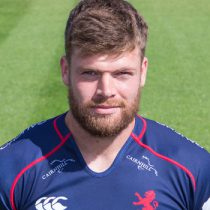 Danny Kenny is a versatile back row player, comfortable playing on either flank or at number 8. He has captained Ealing Trailfinders and spent time at Doncaster Knights and London Irish.

He signed for London Scottish before the 2016/17 campaign.

Kenny became one of the standout performers of the 16/17 campaign, and his leadership qualities have been demonstrated throughout his time at London Scottish.

He featured 19 times during that season, scoring four tries and also earning three man of the match awards for his hard-working displays at the base of the scrum.

As a result, the Irishman was appointed as First Team Captain for the 2017/18 season, with Chris Walker as Club Captain.