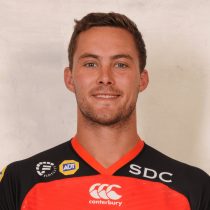 Alongside his twin brother, Jesse, Dan attended Maritzburg College in Pietermaritzburg and was selected to represent KwaZulu-Natal at the Under-16 Grant Khomo Week and missed out on selection for the Craven Week through injury.

After school, the brothers joined the Blue Bulls and were both selected in the SA under 20s squad for the 2014 IRB Junior World Championship.

In 2016 he made 3 appearances for the Blue Bulls in Super Rugby before moving to Cape Town, joining the Stormers at the start of 2017.

He made 10 appearances for the Stormers in his first season with side and was included in the Stormers 2018 Super Rugby squad.

In September 2021, the Seattle Seawolves confirmed to have signed Kriel for the 2022 Major League Rugby season.