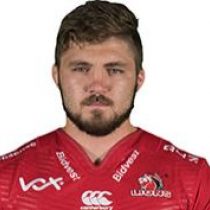 While attending school at King Edward VII School, Brink was called up to the Golden Lions side for the 2012 Under-18 Craven Week tournament. The following year, he played in ten matches for the Golden Lions Under-19 side during the 2013 Under-19 Provincial Championship competition.

During September, he was also drafted into the Golden Lions U21 side, making four starts for that side during the 2013 Under-21 Provincial Championship. In 2014, Brink was included in the S.A. Under-20 squad for the 2014 IRB Junior World Championship to be held in New Zealand.

He made his first class debut for the Golden Lions during the 2014 Vodacom Cup competition when he started in their opening day match against the Leopards in Potchefstroom, helping them to an 18–16 victory.

Brink made his Super Rugby debut against the Cheetahs in 2016 and earned a further 12 caps in the competition in the same year - scoring 1 try. Brink had a breakout season with the Lions in 2018, helping the side to the Super Rugby Final for the third consecutive year.

The busy blindside flanker featured in 14 of the Lions 19 games and started the final where he scored one his side's tries in a losing effort. Brink was then called into the Springbok squad ahead of the 2018 Rugby Championship, he was one of three uncapped players included in the squad but his efforts to make his test debut was curtailed by an injury.

In March 2020 he was released from his contract at Lions following mutual agreement and signed with Leicester Tigers with immediate effect.