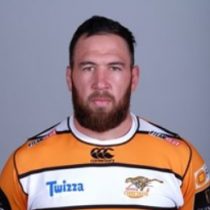 In 2014 Marais made his Super Rugby debut for the Lions against the Bulls. He joined the EP Kings prior to the Currie Cup Premier Division competition and played in 7 matches for the team.

He represented the Free State Cheetahs in 16 Currie Cup matches and 28 Super Rugby games, making his PRO14 debut on the 1st of September 2017 against Ulster.

In May 2018, Marais signed a new two-year deal with the Cheetahs.