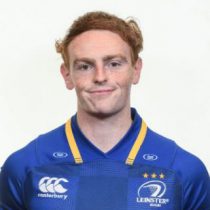 With Leinster & Ireland schools caps under his belt, Marsh went on to represent provincially & nationally at U20 level, as well as Leinster A. A then product of the Leinster Academy, Marsh got his first call up in 2013 for the full Leinster team & debuted against Zebre.

A talented playmaker, Marsh's game centre's around his passing game & ability to create space. Marsh has played 18 times for Leinster scoring 11 points at the beginning of the 2017-18 season.