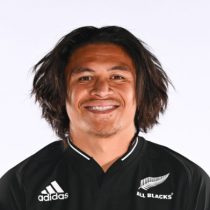 Son of former All Black and Auckland mainstay Eroni Clarke, Caleb Clarke starred for Mount Albert Grammar School and was named in the New Zealand Schoolboys side.

An electrifying winger Clark like his father has plenty of talent and a fierce desire to succeed.

In 2017 he was named in the New Zealand U20s squad for the U20 World Rugby Championship, which New Zealand won.

He was later named in the Auckland squad for the 2017 Mitre 10 Cup where he will be looking to make his debut.

Clark made his debut in the opening round against Counties Manakau.

He continued to perform for Auckland and earned a Super Rugby contract with the Blues where he will look to make his debut.

In January 2018 Clarke was called into the New Zealand 7s squad for the Sydney leg of the World Sevens series.

Clarke was in scintillating form during Super Rugby Aotearoa and was one of the best performers for the Blues in his six appearances in 2020.

In October 2020, he was named in the All Blacks team to play Australia in the opening Bledisloe Cup.