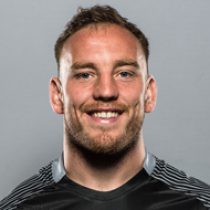 The hooker choose to build his rugby experience through club rugby and began his career with the Leeds Carnegie Academy before stints at Harrogate and Wharfedale and before signing his first professional contract with Doncaster. After a spell with Rotherham, Sowrey signed a contract with Worcester, where he has been for the past two years.

Sowrey has made 18 appearances for Warriors, winning the British & Irish Cup in 2014/15 while also helping Worcester Cavaliers to the Aviva A League final during the same season.

Yorkshire-born hooker Sowrey joined the Falcons in the summer of 2016 from Worcester Warriors, for whom he played three Premiership and five European Challenge Cup games during the 2015-16 campaign