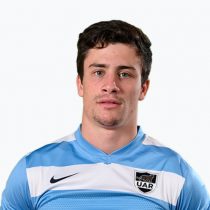 A lightning-fast winger, Bautista Delguy has become well known for his incredible work rate and ability to finish off opportunities for almost impossible situations.

Delguy scored eight tries in the 2018 Super Rugby season before becoming the only debutant in an experienced Argentina lineup against Wales in June 2018.

A former Argentina u20, Delguy made his first appearance for Jaguares in February 2018, playing against the Lions at Ellis Park Stadium.

He continued to star for the Pumas and Jaguares and represented his country at the Rugby World Cup in Japan.

In November 2020, Delguy started in the Pumas historic first victory over the All Blacks.

In December he signed with TOP14 club Bordeaux.