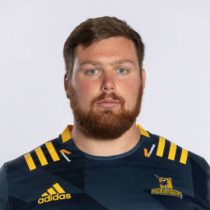 Prop Ayden Johnstone was one of three players who made the 2014 New Zealand Secondary Schools rugby squad.


A big physical player, competitive and has a high work rate, Johnstone has been key member of the Waikato pack since debuting against Counties Manuaku in 2016.


After 21 appearances for Waikato he signed a deal with the Highlanders and while he is uncapped from a Super Rugby perspective he was in the Chiefs development programme and awarded player of the year.

He joined the Highlanders from Waikato in 2019 and was a standout player in what was an experienced team.

Ahead of the 2020 Super Rugby season,Johnstone has been selected for the Highlanders squad. He has obtained 15 caps and will be looking to add to this total.