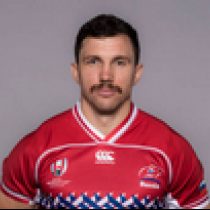 Born in Moscow, Russia, Artemyev was educated at the illustrious Blackrock College in Dublin before attending University College Dublin.

Having represented Ireland at various underage levels, the winger returned to Russia and began his career with Podmoskovye and having declared for Russia, was spotted at the 2011 World Cup by Northampton Saints. Artemyev immediately became a fan favourite at Franklin's Gardens scoring a hat-trick on his debut.

Vasily will captain Russian side Krasny Yar for the 2017-18 season and recently pulled off a historic victory over Stade Francais in the Challenge Cup.