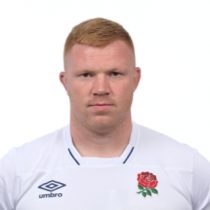 Local lad Davison joined Newcastle Falcons in the summer of 2017 from Blaydon RFC, for whom he made over 100 appearances.

Representing England Counties on multiple overseas tours, Davison developed under the wing of Falcons legend Micky Ward during his time at Blaydon, before stepping up to the professional arena.

Working as a beer delivery man prior to his first foray into the professional game, the Denton Burn native joined Blaydon at the age of 11 and played all his rugby there before signing for the Falcons.

Having made 34 appearances for the Falcons since joining in the summer of 2017, Davidson signed a new two-year deal with the club in 2019.