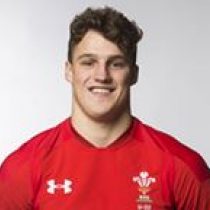 A member of the Wales U20s squad that competed at the Junior World Championships in Argentina in 2019, Lewis has also shone on the world seven series, scoring seven tries in his debut tournament in Dubai as an 18-year-old.

A former pupil at Llandovery College, he came through the age-grade system at the Scarlets and scored on his senior debut in an Anglo-Welsh Cup clash against the Dragons.

He impressed for the Scarlets A team during this season’s Celtic Cup and linked up on loan with Ampthill RFC in the English Championship in January 2020.