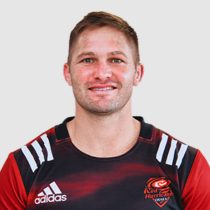 A well travelled and experience scrumhalf Tian Meyer signed for the Cheetahs in 2014 having already represented the Pumas, Lions, and Sharks at provincial level.

Meyer has a good all-round game but it is known for his ability to open up opposition defences.

Meyer made his Super Rugby debut, for the Lions, against the Sharks in 2012.

He made 55 Super Rugby appearances scoring 6 tries, including all 15 of the Cheetahs 2017 matches, in the final season in the competition.

In July 2019, he was named captain of the Cheetahs' Currie Cup squad.