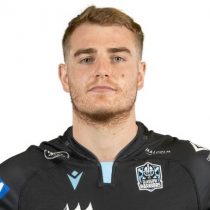 A member of the BT Sport Scottish Rugby Academy for 2017/18, McDowall has represented Scotland at both under-18 and under-20 level.

The Ayr RFC player is comfortable in both the centres and the back three, with his size making him a significant threat in attack.

McDowall was selected amongst Scotland’s squad for the 2017 World Rugby Under-20s Championship in Georgia.

The centre was named as Scotland U20 vice-captain ahead of the 2018 U20 Six Nations campaign.

In January 2019, McDowall received a call-up to the senior Scotland squad ahead of the 2019 Six Nations tournament.