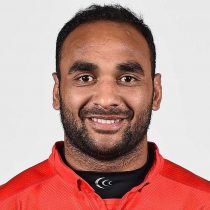 Coming from Fiji, Semisi Masirewa moved to New Zealand in 2010 after receiving a scholarship to attend Wanganui High School.

He went on to move to Feilding High School, following another scholarship, for his final year of education.

Upon finishing school Masirewa moved North to the Waikato. After playing eleven games for Waikato Masirewa and was then loaned to Manawatu to provide injury cover.

He played both sevens and 15-a-side formats for the province before he was offered a two-year Super Rugby contract by the Western Force starting the next season, in 2016.

He then signed a two-year deal to play for Kintetsu Liners in Japan and was also called up to play for the Japanese-based Sunwolves in Super Rugby during the 2018 season.

Heading into the 2019 Super Rugby season, Masirewa is still yet to commit himself to Japan or the Sunwolves.