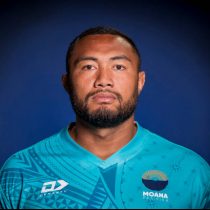 Despite being born in Sydney, Kepu was raised in Auckland, where he attended Wesley College – the same school as All Black legend Jonah Lomu. He began his rugby career at the same college, where he was a rampaging No 8. His schoolboy successes were capped off by his inclusion in the Under-17, Under-19 and Under-21 New Zealand sides.

Current All Blacks forwards coach Mike Cron shifted Kepu from the back row to prop, where he enjoyed enormous successes with the Waikato Chiefs and Counties Manukau between 2005 and 2007.

The chance to return home to Sydney came in 2008, when the HSBC Waratahs offered the physically imposing prop a spot in their elite squad. A hugely successful debut season was capped off with Kepu being named in the Wallabies squad for the end of season tour. He made his Test debut against Italy in Padova the same year. Kepu has gone on to play more than 50 Test matches for the Wallabies to date. He is currently a part of the Wallabies 2015 RWC squad.

After the RWC Kepu joined up with Bordeaux on a 3-year deal. After just 1 year at the club he and the club ended his contract for personal reasons and he returned to Australia and the Waratahs.

The powerful and experienced front rower become yet another Australian Super Rugby centurion during the 2017 Super Rugby season.

In May 2019, having notched up over 130 Super Rugby appearances, Kepu signed a deal with London Irish.

Ahead of the Rugby World Cup he had 105 test caps.

In September 2019, he confirmed that he will retire from international rugby at the end of 2019 following the Rugby World Cup in Japan.

In February 2021, after a couple of seasons with Premiership club London Irish, Kepu announced that he would be leaving the club to return home to Australia, citing personal, family reasons for his departure.

In October 2021, it was announced that Kepu had signed with Moana Pasifika - the new Super Rugby franchise - ahead of the upcoming 2022 competition.