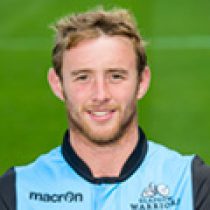 Scott Wight's reward for exceptional and consistent achievement in the club game with Melrose was his first professional contract ahead of season 2011/12. During the previous campaign, Wight captained the Greenyards team to a magnificent haul of Premier 1, Border League and Melrose Sevens titles, and also guided them to the final of the Scottish Cup. A regular performer in the Scotland Club XV over the last three years, Wight joins Ruaridh Jackson and Duncan Weir in the fight for the Warriors' number 10 jersey.