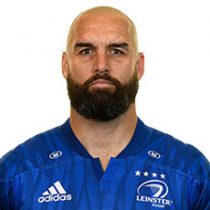 A journeyman who had stints with the Waratahs, Western Force and Japanese outfit Kamaishi Seawaves, the former apprentice carpenter was a senior figure amongst both the Wallabies and Brumbies camps and a mentor to younger players at all levels.

Comfortable as a lock or loose forward, Fardy claimed the coveted Ken Catchpole Medal for Sydney’s Shute Shield’s best and fairest player in 2008 as a member of the Warringah Rats.

Moving to Japan with the Kamaishi Seawaves in 2009 proved a masterstroke for Fardy as he regrouped and consolidated on the quality features of his game to return to Australian rugby fields a better player.

A last chance EPS contract at the Brumbies saw Fardy handed a final role of the dice in 2012, with the bearded bushranger from the beaches providing the ACT based side with a tireless workhorse. Fardy regularly led the Brumbies tackle counts and carries while providing valuable options in the line-out and in the second row.

Fardy only made his Super Rugby debut at the age of 28 in 2012 but quickly became a firm fixture of the Canberra-based Brumbies side and broke into the national side the following year.

Fardy tasted international action for the first time in 2013 taking to the field in Wallaby gold against the All Blacks in Sydney and has been a regular member of the Wallabies team over the past few years winning 19 caps.

Fardy was a standout performer for the Brumbies in 2016, earning himself the Fan’s Choice Stallion of the Year award.

He agreed a two-year deal with Leinster for the 2017-18 season. The 6'6 Sydney native, who can play lock and flank, saw deal would make him eligible to play in the 2019 World Cup if he then returns to Australia.

Fardy arrived at Leinster after finishing his sixth season with the Brumbies in Super Rugby where he made 82 appearances for the Canberra-based side, making 75 starts and scoring nine tries.

He made an immediate impact at Leinster 22 appearances and scoring 4 tries in his debut season that saw him being nominated for PRO14 & Champions Cup individual honours.

In April 2021 he announced his retirement from the game at the end of that season. The 36 year old has 39 Wallaby appearances to his name and been included in the Pro 14 Dream Team 3 times since joining Leinster in the 2017/18 season