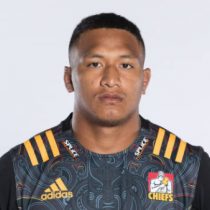 Born in Tonga, Samipeni Finau played much of his early rugby at fullback before shifting to the loose forwards. That versatility is obvious to those that watch Finau in action who is fast and powerful off the side of the scrum. Finau was selected for the 2017 New Zealand Schools Barbarians team in 2017 off the back of an impressive season with St Peter’s Cambridge, who won the National Co-Ed title.