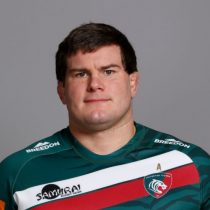 Bower, who joined Warriors from Leicester Tigers in the summer of 2014, played a vital role in his first season at the Club as Warriors won the British & Irish Cup and promotion to the Aviva Premiership.

He made 27 appearances in his first Sixways campaign and was also handed the captain's armband for the side and Worcester Cavaliers fixtures in the past couple of seasons.

The forward, who was included in England's 2011 Junior World Championship squad, made his debut for Leicester in 2010 and also enjoyed two loan spells at Nottingham Rugby.

In March 2017, the loosehead prop agreed a new deal to remain at Sixways.

Bower made eight appearances in the early stages of the 2018/19 season and would have no doubt become a Club centurion during the campaign had his season not ended in November after tearing his Achilles in a Premiership Rugby Cup clash against Saracens.

He was, however, rewarded for his long-standing commitment to the Club by being handed a new one-year contract in February 2019.

Bower made his return to action as a replacement in the Premiership Rugby Cup victory over Leicester Tigers at the start of the 2019/20 season. He made his 100th first team appearance - the 24th to do so in the professional era - in the European Challenge Cup match against Dragons in December 2019.

He made 11 appearances in total for Leicester before leaving the club at the end of the 2020/21 season.

In August 2021, he signed a short-term deal with London Irish.