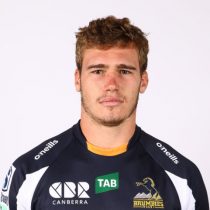 Canberra local Rory Scott has been destined for the professional game since finishing up at Marist College.

A physical-specimen well beyond his years, Scott went straight into first grade rugby after High-School and has already won two John I Dent Cup Medals with Royals.

Primarily a number 8 but with the ability to play across the backrow, Scott’s work rate and athleticism should make his transition to Super Rugby a seamless one, and although the rookie will have to compete for time with Wallabies Pete Samu and Rob Valetini, as well as fellow Blue Bagger Tom Cusack, don’t be surprised if Scott gets a crack at some point during the 2020 season.

Scott made his Brumbies debut as a substitute against the Western Force in Round Six of Super Rugby AU, he went on to start the last five games including the Grand Final against the Queensland Reds at Suncorp Stadium.

In May 2021, he signed a new two-year deal with the Brumbies.